Crispy Crust Records/Featured /The interview with Rooftops Horizon: “Build a team that you trust” 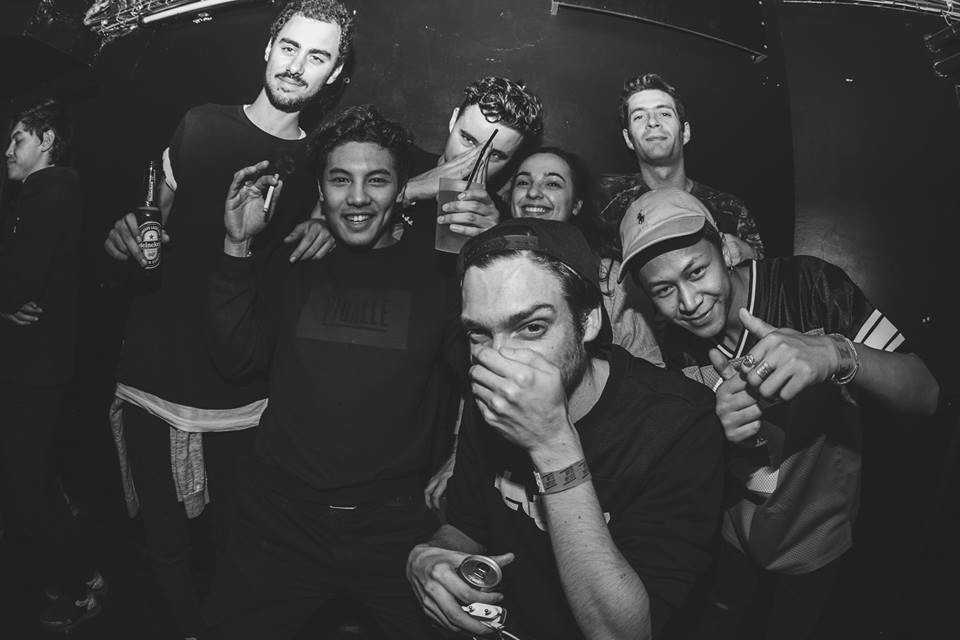 The interview with Rooftops Horizon: “Build a team that you trust”

We are very happy to tell you that the lovely team of amazing French label Rooftops Horizon agreed to answer a couple of questions. You’ll find the chat after the jump. Enjoy!

When, were and by whom was Rooftops Horizon founded? Who makes up the team?
Fanny: The label was created in 2013 by Louis and another guy who isn’t working with us anymore. One year later Jow and I joined the team respectively as designer and A&R of the label. Unfortunately Jow doesn’t have much time lately due to his job but he’s still helping where he can. Lately, Anthony joined the team and he’s in charge of communication. As we have to deal with everyone’s schedule (because we are either students or in a job), our roles aren’t really well defined and we’re trying to be as versatile as possible.

Is it a label, agency, collective? How would you define it?
Fanny: We’re a label but we’re definitely trying to develop this ‘collective’ spirit, being close to our artists is really important to us. We also want them to exchange opinions and tips between each other.

Are labels still important today?
Fanny: Sure, even if today with music platforms like SoundCloud and other social media you may blow up on your own, labels can give you another vision of your music, opportunities and financial help of course. Beyond a label I think what is even more important, is to build a team that you trust.

What does an artist have to bring to the table for you to be interested in working with them?
Louis: It’s a difficult question but I think we want to be surprised by a track and be like “damn who’s this guy? I want to work with him”. Then, having a good feeling with the artist is really important for us too.

What is special about the scene for electronic music in France and Paris in particular?
Louis : We can see a new movement around this future beats culture lately. People in Paris are starting to pay attention to this kind of music, more and more events and concerts are organized.  Even if techno is still way more represented in Paris, I’m glad that this movement has his place in Paris now.

Anthony: In Paris we’ve got a nice audience but everyone will tell you that every big city in France is worth the travel.

What is next on your agenda?
Fanny: We want to focus on the projects of our roster and be present for everyone. Also we’re gonna try to do more shows, we want to organize our own parties in Paris. We recently celebrate our second birthday at the Social Club in Paris and it was a damn cool experience.

Louis: As Fanny said, we want to do more shows in France but also in Europe, it’s the perfect way to meet our artists that aren’t French like srsly in Austria or the duo Heisenberg’s Montage in Poland.

Anthony: We’re always trying to look far in the future and prepare cool stuff in advance. So yeah many shows in France & Europe and also releases and surprises.

What is each team member’s favorite pizza?

Fanny: (laughs) Actually I would say Margherita, to be hondest I don’t like taking too much risks in food (and if Louis is saying anything without chicken he’s definitely lying).

Anthony: Now we’re talking about real stuff!! Well here we call it “La Savoyarde”. Cheese, potatoes, bacon (damn lot of bacon), fresh cream & onions. If Louis says that he likes the Margherita, it’s only because he’s totally in love with Fanny, that’s it. Louis: (laughs) Like Fanny says, I’m a big fan of chicken and my favorite one is the Bombay from Pizza Sprint (with some chicken of course).

We want to say thank you to the lovely Folks at Rooftops Horizon for answering our questions. Watch out for the above mentioned srsly. His EP is dropping very soon, and Fanny assured us that we’d love it!

Title shot taken by Rémy Golinelli at Rooftops’ anniversary at the Social Club. Besides the team it also festures Chahine and Kan-G, two artists on the label’s roster.