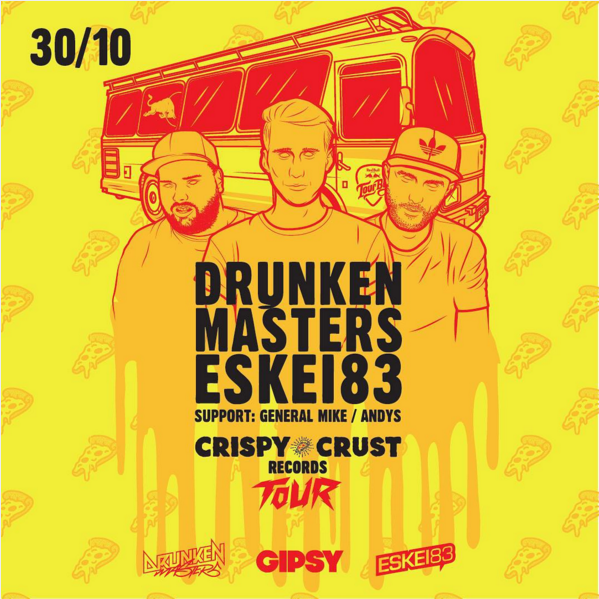 Today, ladies and gentlemen, the Drunken Masters and Eskei83 are setting up shop in Moscow’s Gipsy Club to introduce some Crispy Crust flavor to the population of Russia’s capital.

The operators of the club stated that, since it is halloween, guests should feel free to appear dressed up, but that they should refrain from putting on make up as it will dissolve within minutes of the DJs taking the decks.

Eskei83 and the Drunken Masters will be supported by local heroes General Mike and Andys who will only add to what will undoubtedly be a bass brouhaha likely to rob Vlad and his entire staff at the Kreml of their sleep.

Men, women and children are advised to take a last good look at their beards, because tonight at the Crispy Crust Recs Night they will receive a clean shave of a lifetime. 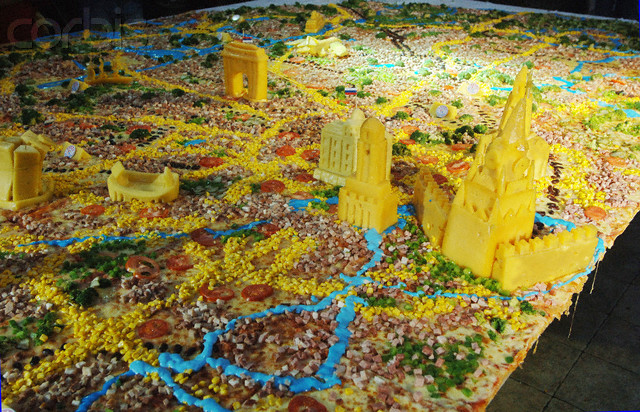 Yes, this is exactly what you think it is: a pizza map of Moscow. Let that sink. (Image by © Saverkin Alexsander/ITAR-TASS/Corbis)

By the way: did you know that pizza with vodka sauce has become a big thing in the past years? All you have to do is add some vodka and cream cheese to your tomato base, et voila! Try it! It’s tasty!

– Dice the onion, season and fry in a splash of olive oil over a gentle heat until the onions are soft and sweet – about 15 minutes

– Add the tomatoes, and chop up so that they make a sauce (or you can use chopped tomatoes). Add the vodka and reduce the heat to a low simmer for five minutes, so that the sauce can reduce and thicken. For a very smooth sauce blend with a stick blender

– Stir in the cream cheese and check the seasoning. Let the sauce cool down for about 5 minutes

– Cook for 8 – 12 mins depending on the thickness of the crust, until the cheese has melted and the base is crisp