Crispy Crust Records/Audio /This week’s song to lose it to: Major Lazer – Roll The Bass (Audio) | UPDATE: Peace is the mission track list

This week’s song to lose it to: Major Lazer – Roll The Bass (Audio) | UPDATE: Peace is the mission track list

You can tell that Major Lazer are building up expectations for their third album Peace is the mission which is set to drop in June. Not only did they unleash a brand new tune called Roll The Bass today. The trio also just released a video for the super smooth Lean On feat. MØ. Check it out after the jump.

Roll The Bass is classic Major Lazer material: a calm Dancehall part opening out into a dramatic build up that climaxes in one of those insane drops that feel like someone just slapped the taste out of your mouth. Repeat three times and voilà: certified banger.

Major Lazer just released a video for their last single too: Lean On feat. MØ. It was shot in beautiful India and captures the country’s colorful music and dance culture quite authentically.

Says Diplo: “India is special and its beauty absolutely humbled me. When we toured there as Major Lazer, it was mind blowing to see our fan-base and we wanted to incorporate the attitude and positive vibes into our video and just do something that embodies the essence of Major Lazer. Major Lazer has always been a culture mashup and to us, India feels like some kind of special creature with one foot in history and one firmly in the future. The experience is something we’ll never forget.”

Major Lazer’s third album Peace is the mission is expected in June. Check out the track list below. 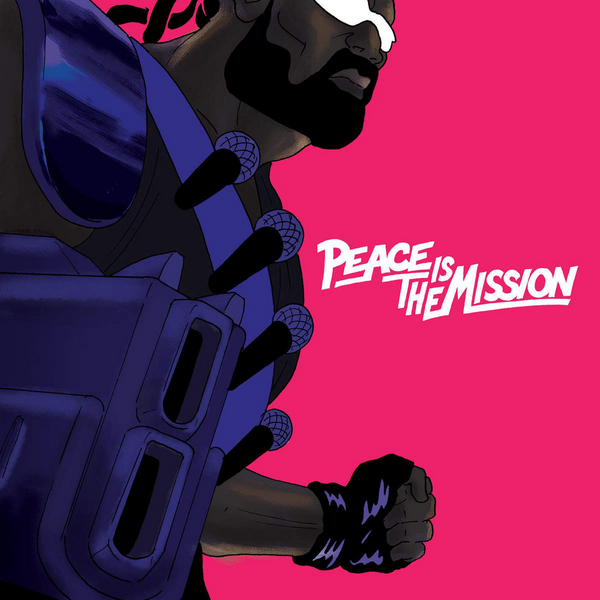