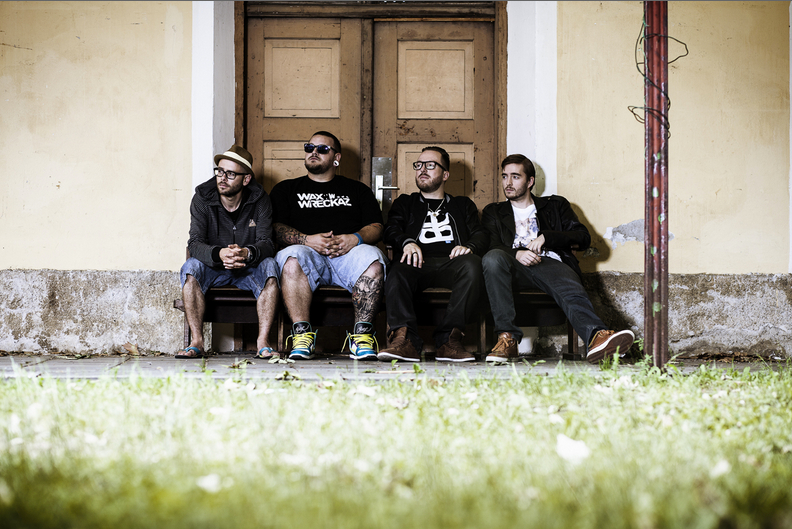 Another glorious day has come: Heavyweight Sound, that super new Wax Wreckaz joint, is out now on Crispy Crust Records. It features the UK legend Dynamite MC and samples by Singer Blue. Enjoy, fellow lovers of the Crust. Enjoy!

Wax Wreckaz are Busy Fingaz, Juwee, Fu and Sensay. The creative quartet from Innsbruck, Austria, grew up on very different styles of music. The one thing they agree on – the very essence that unites them – is their boundless love for bass music. And that hasn’t changed since they first joined forces back in 1999.

How time flies. Today, Wax Wreckaz songs are played on radio stations all over the globe, one of their latest singles (High feat. Million Stylez) has been released on Diplo’s Mad Decent imprint Jeffree.

You’ll even come across their tunes while playing video games (High Grade in NBA Live 14). It’s hard to predict what they’re going to hit you with next. All you can be sure of is that it’s going to make you shake that sweet behind. 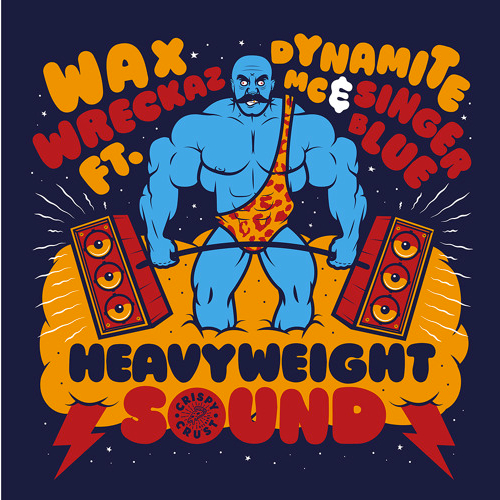 Heavyweight Sound, that new Wax Wreckaz single feat. Dynamite MC & Singer Blue, is out now! Grab it while you can!

Their latest tune is no exception: Heavyweight Sound featuring Dynamite MC and samples by Singer Blue is a “Soundboy burial”, to use Dynamite’s own words. The iconic UK MC and Drum’n’Bass Gawd goes hard on this one, declaring himself  “General” and spitting like he was gearing up for battle.

There is but one place where a song that clearly is “to rapid for the radio” could have been released, and that place is Crispy Crust Records. After all, the Munich based independent label is just a stone’s throw away from Innsbruck, right on the other side of the alps. And the Wax Wreckaz are just the right addition to this already illustrious circle of friends, DJs and Producers.