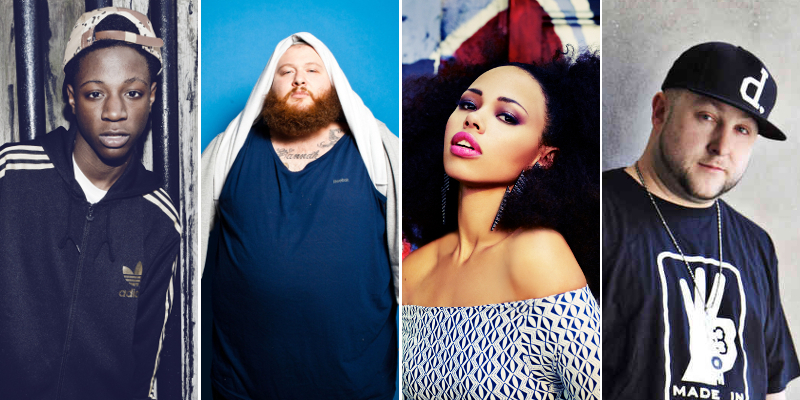 So much classy boom bap music has been flooding over from the US over the past couple of years. A lot of it was created by an ever growing breed of rappers and producers who seem to have made it their official business to bring the 90s back. On the forefront: Joey Bada$$ and Action Bronson, as well as Statik Selektah. The trio teamed up with Grammy nominated Elle Varner to give us “Run Op On Ya”. This song is the perfect basis for a chilled out Sunday evening.

“Run Up On Ya” by Joey Bada$$, Action Bronson & Elle Varner was premiered exclusively on Statik Selektah‘s Showoff Radio. The bunch has been collaborating in one form or another in the past. Statik Selektah and Action Bronson especially are known to complement one another rather well. Check out the brilliant Well Done album, which you can preview and buy here.

If you want more by Joey Bada$$, Action Bronson and Statik Selektah check out The Spark below.