Crispy Crust Records/Uncategorised /Food for thought: Streaming is the future – just not for the average artist 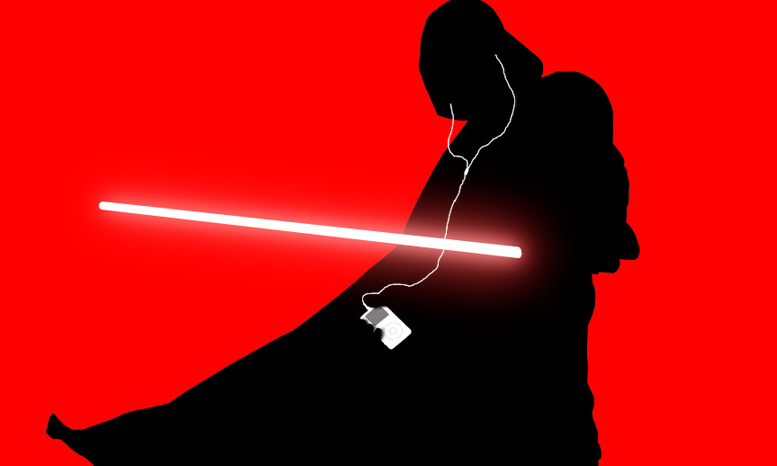 Food for thought: Streaming is the future – just not for the average artist

So streaming is the future? Yes, it is. It just isn’t for the average artist. We’re talking about the talented artists out there that have an actual fan base. The ones who have created a demand for their music that needs to be satisfied. It is those artists, who won’t be able to survive solely off streaming. It just won’t happen. It could, but it depends on so many factors coming into play, you might as well wait for a major label exec to just give you a share of his income to compensate you for the shitty deals that have been negotiated on behalf of artists and songwriters in the digital age.

Despite the in-transparency we face regarding the payout mechanisms for streaming, one thing has become clear by now: the more streams are accumulated the less a streaming service pays out per stream. This is the case, because all of the streaming revenue – advertising and subscriptions – end up in one big pot. Any given sum in that pot is divided by streams. The more streams, the less money per stream is forwarded to rights holders: labels and performing artists, as well as publishers and songwriters. If more people use a streaming service to listen to music, the overall sum in the pot will increase (while a stream made by a paying subscriber is worth more than an ad funded stream). But the number of streams will also increase, so both effects level each other out.

In Theory, it is good for an independent artists if a major artist like Taylor Swift withholds her catalogue from a streaming service like Spotify. It means, that Swifties – of which there are a lot – won’t be streaming. If they did, their huge number of streams would decrease the value of each individual stream. But if many artists the size of Taylor Swift withhold their catalogues, then a streaming subscription won’t make sense anymore to a lot of music listeners. One shouldn’t forget that the majority of music consumers in the world do not actively listen to music the way a true music lover does. They don’t browse through endless libraries to find hidden treasures or take the time to squeamishly create the perfect playlist. That is why radio is still so popular. 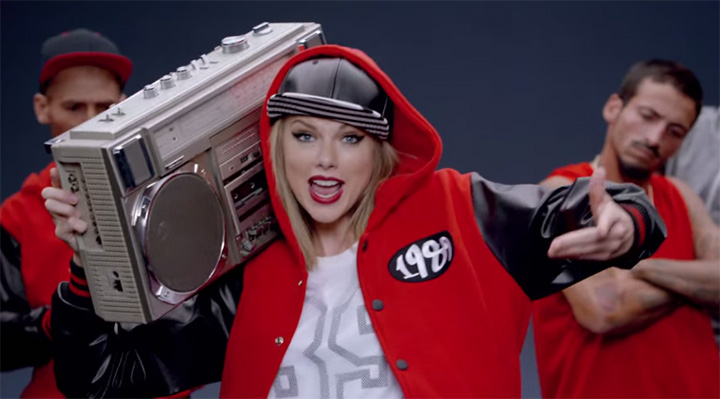 Taylor Swift pulled her entire catalogue from Spotify (Screenshot: Shake it off video)

So let’s say around 50 per cent of the worlds population consists of these music listeners, while 25 per cent just cannot be bothered to pay for any kind of music at all, ever. That leaves 25 per cent of actual music lovers. These are the ones streaming services cater to, ignoring the 50 per cent of people who just want to listen to popular music, period. Of course they aren’t completely ignoring them. Most on demand streaming services have come up with a radio like offer by now, but there are other services that are far better in doing radio. You don’t pay ten dollars/pounds/euros a month for a good internet radio service.

So only music lovers are actually guaranteed to pay ten quid a month or 120 per year, respectively, which is why another argument for streaming loses its validity: that streaming users spend more on music that the average user ever has. The point is: Only music lovers pay for streaming in the first place. There are no average users on Spotify (yes, there are, but let’s just trivialise for the sake of argument). The fact that Spotify’s Daniel Ek announced, that 80 per cent of the paying subscribers once were users of Spotify’s ad funded model, sounds promising. But it will only matter if that 80 per cent conversion rate remains the same for a long time. Streaming hasn’t been around long enough. You might still have many music lovers who first want to try out a new service before subscribing to it, hence the high conversion rate (conversion rate in this case does not mean the ratio between overall ad funded users and subscribers, which is how streaming services will use the term).

Let’s recap: For artists to earn more money from streaming services, the overall revenue of the service has to increase, while the number of streams stays the same. For that to happen, you need a significant number of ad funded users converting into paying subscribers while the overall user number stays the same. Scale won’t benefit the artist. It would, if a lot of users are added and at the same time decided to stream less. There is such a scenario, streaming proponents like to focus on it: the more of a mainstream model streaming becomes, the more users will pay for a subscription. And these paying mainstream subscribers won’t stream as intensely as the early adopters, who, as we already described, are the true music fans. Yes, that could happen. But isn’t it far more realistic to assume, most mainstream music listeners won’t pay for a streaming subscription in the first place, simply because it’s not worth it for them (out of the above mentioned reasons)?

To get a hold on this, it would be helpful to see how the ratio between paid and ad funded streams changes if you look at mainstream and independent catalogues. Good luck, getting those numbers from any of the services.

Another attempt to increase overall revenue is the introduction of lossless streaming. But it is clear that this model only appeals to the most hardcore of music lovers. Proponents of HD audio like to emphasize, that music will take the same route as TV, where at some point no one will be watching movies in standard definition anymore. It is hard to predict the future, but the majority of music is consumed via YouTube, where the quality is often far below average. That may change, but artists shouldn’t have to be forced to wait for the public to discover their profound love of sound.

So, where does this leave us? Independent artists shouldn’t rest their hopes on streaming. Yes, it is the future, but only because it is the most convenient form of consuming music. It just won’t make a sustainable business model. Not unless a huge number of listeners are convinced to pay ten bucks a month for all the music in the world, without streaming intensely. If you think that’s likely, you might still believe in the model. But it is far likely, that a major label exec decides to give you a share of his income to compensate you for the shitty deals that have been negotiated for artists and songwriters in the digital age. Better focus on alternative ways to sell you music to your super fans, there are other options out there. Check out Diplo releasing his music via BitTorrent to get some inspiration.