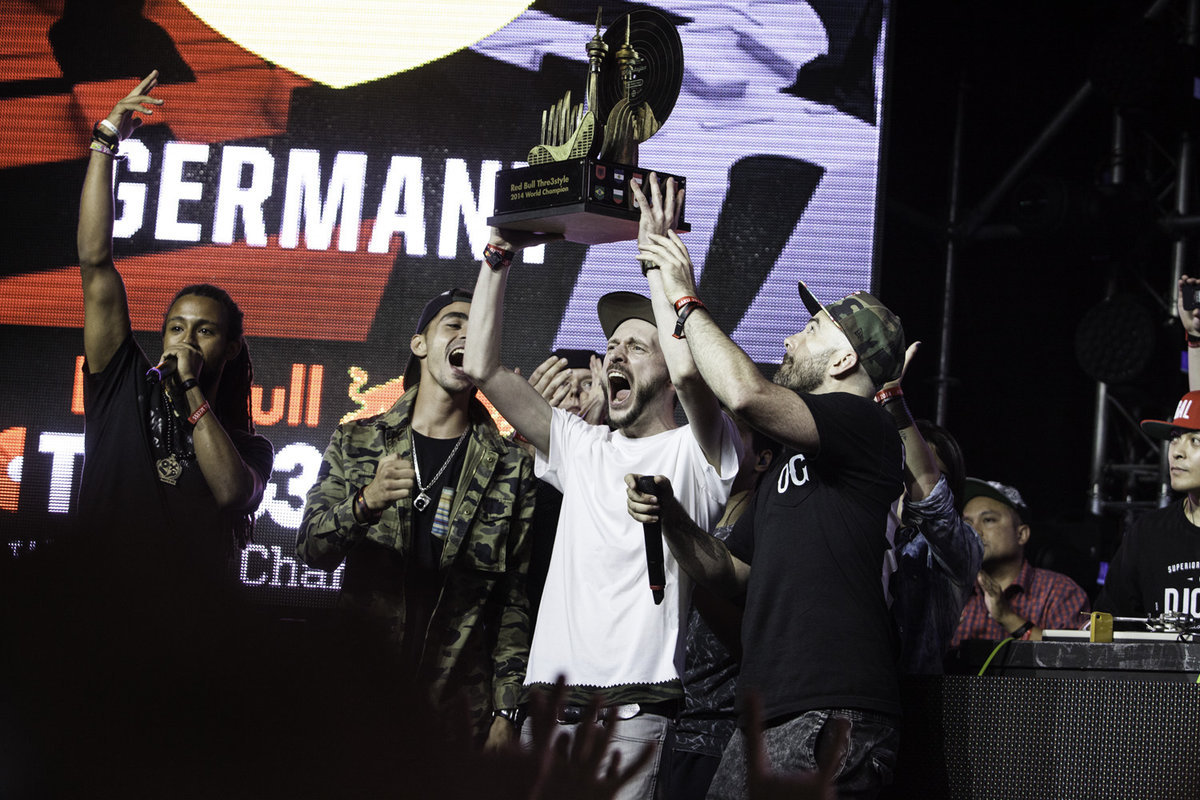 It was Gary Lineker who once famously proclaimed that, in the end, the Germans always win. Even though we’re pretty sure he was referring to football, Crispy Crust’s very own ESKEI83 proves that the man has a point even in the world of DJing.

After hosting a boring so called Song Contest in 2012, the walls of Bakus Crystal Hall finally resonated with actual music in the beginning of September, when Azerbaijan was home to the Red Bull Thre3style World Championships 2014. And ESKEI83 meant business once and for all, having come close to winning the thing last year already.

The competition was tough, with wildcard winners DJ Flip from Ireland and the local favourite DJ Twist, as well as DJ Trayze from the US and Cinara from Brazil, the first female Thre3style World Championships finalist ever. DJ Carlo Atendido even had some fancy acrobatics on display but it was ESKEI83 who walked away as Champion.

According to the judges, he had it all: “track selection, top notch cuts, intricate juggles mixed with tone play, and everything else in between”.  The locals say, you can still smell that sweet scent of victory when strolling around Baku Harbour these days.