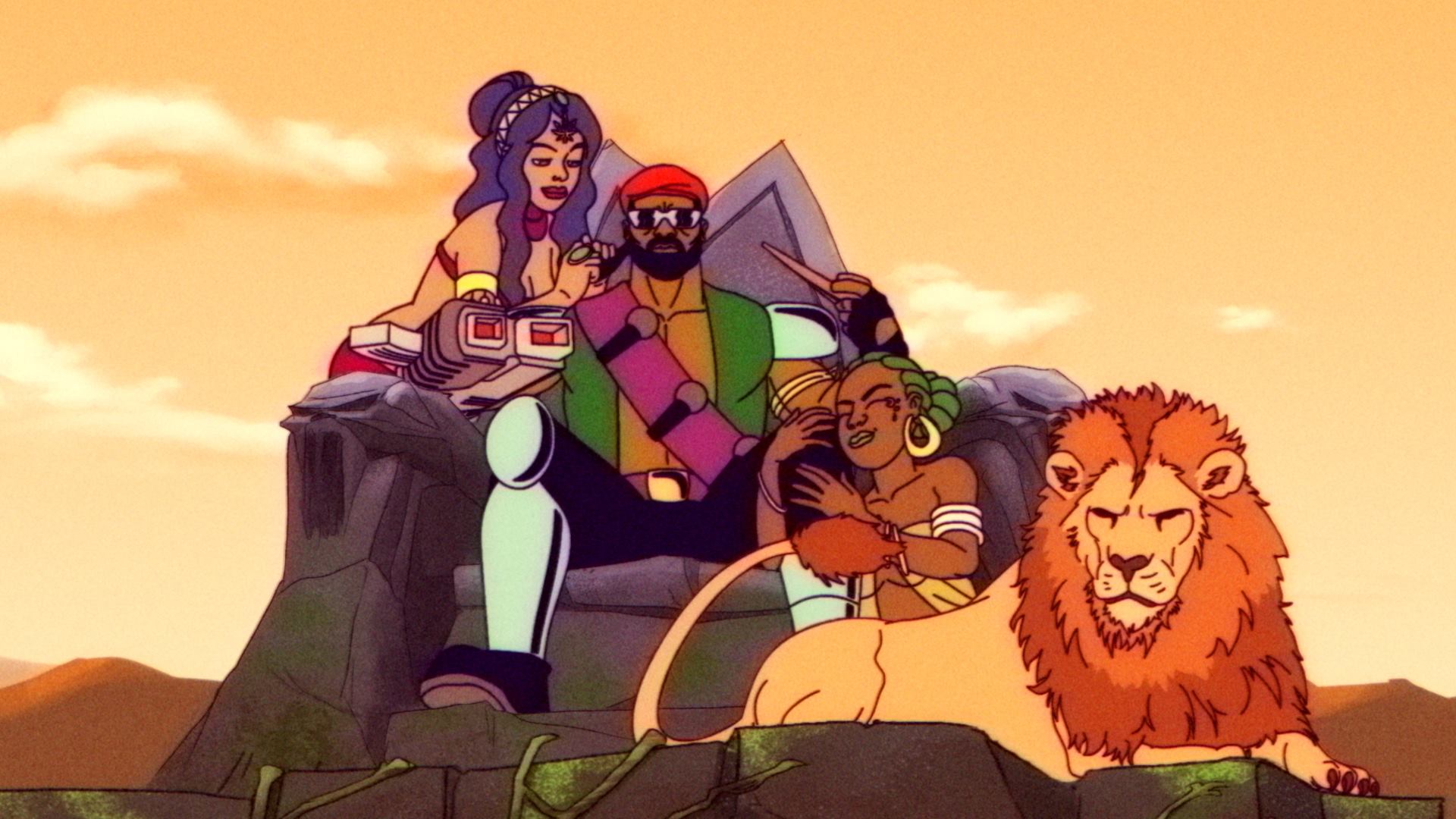 Happy 4/20 everyone. The new Major Lazer cartoon might have been out for a while, but today is the perfect day to dig it up again. Also, check out the new Major Lazer single Night Riders feat. Travi$ Scott, 2 Chainz, Pusha T & Mad Cobra after the jump.

It may be Monday but it is also 4/20, so you deserve to take a short High-atus, as Major Lazer himself would describe it. The first episode of the official Major Lazer cartoon will make avid stoners – but not only them – chuckle at the cannabis clichés it plays with. We are also introduced to the first set of characters besides the Major himself: Penny, the Weedman and an evil monster that came into existence because of an overdose of acid laced weed.

Major Lazer just released Night Riders, the third single off of their upcoming album Peace is the mission

The best thing about Episode one though is the music, which consists of original songs created exclusively for the cartoon. And speaking of music: Major Lazer just released the third single off of their third album Peace is the mission which is set to drop in June. It is called Night Riders and features Travi$ Scott, 2 Chainz, Pusha T & Mad Cobra.