If you haven’t heard of German rap sensation SSIO, we recommend you listen to this very smooth remix of his latest single called Nullkommaneun, which translates as 0.9. It was created by Riddim Royals. Check out the original after the jump.

You don’t have to be a German native speaker to immediately grasp SSIO‘s insane rhyme patterns and delivery. The man from Bonn took the rap scene by storm with his 2013 debut album BB.U.M.SS.N. He clearly felt the need to introduce something fresh into the game. On his new song he still raps that “compared to German rap, Pokémon is a gangster movie where people lace that pearly white”. 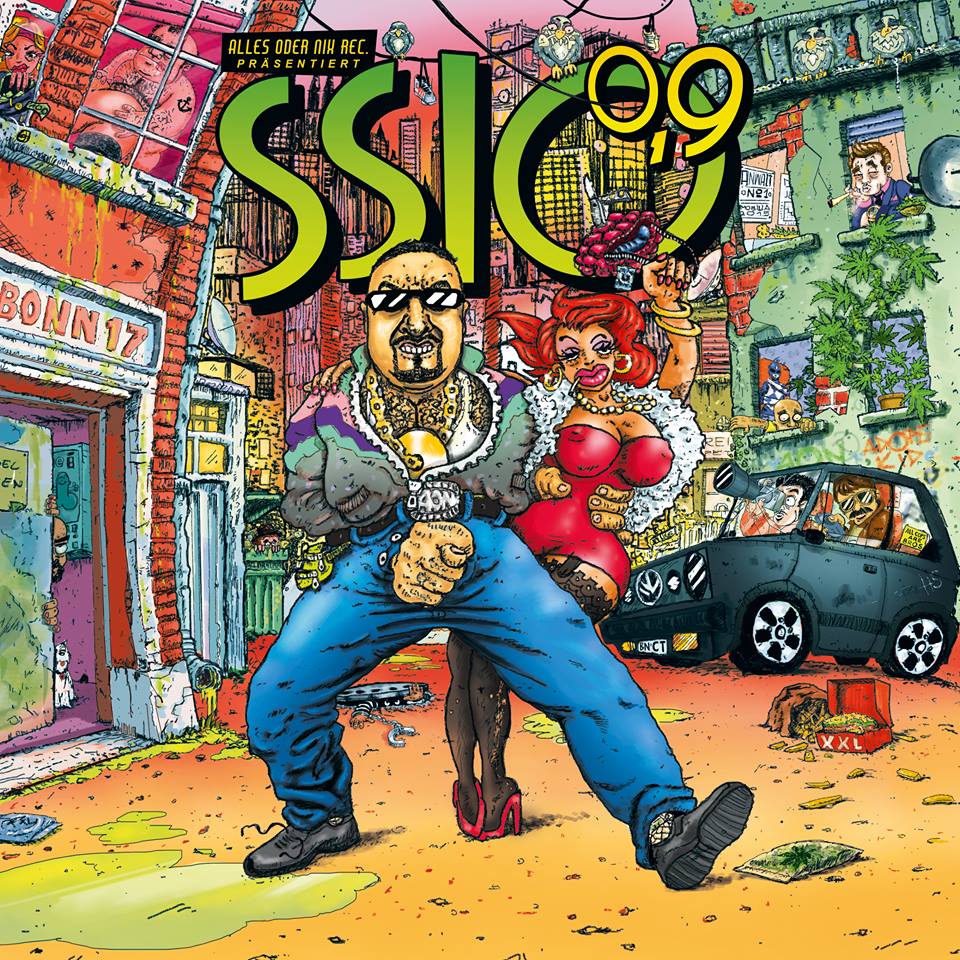 SSIO, who is also known as the three-legged flusher, named his sophomore album 0,9 (in Germany we separate percentage points by commas, you know). It will be released on Alles oder Nix Records on January 29. Check out the hilarious video for the title track below.

The Riddim Royals are made up up DJ Hägi and Cenzo Beatz. Hägi in particular is deeply rooted in Reggae, you can hear that he called the tunes on the Nullkommaneun remix.

It isn’t the first German rap track the Riddim Royals repackaged in a flat out reggae costume. Another one would be Haftbefehl‘s Lass die Affen aus’m Zoo (Translation: “Allow the apes to leave the zoo”).

What Haftbefehl and SSIO have in common is their unconventional, downright revolutionary approach to German language. All you faithful followers of the crust may remember, that the Drunken Masters themselves remixed Lass die Affen aus’m Zoo too. It was one of our very first posts.