Today is the day MRJAH drop their Z EP on Crispy Crust Records, a shimmering homage to Dragon Ball Z, one of the most beloved TV series of all time. Six tracks and one skit that have been crafted with the same love and attention to detail as Akira Toriyama applied when inventing the Dragon Ball universe. We are very happy to be a part of this happening.

Every track on Z tells a story. Both members of MRJAH were heavily influenced by Dragon Ball Z in their youth. It seemed almost natural to combine elements of the series with the bass music they so love. Some of the tracks build up and unload a energy blast just like Goku’s signature Kamehameha attack.

MRJAH’s Z EP is out on Crispy Crust Records

The Berlin based Duo used many samples out of the original series, which will especially please the huge cult following Dragon Ball Z has developed over the years. To the uninitiated, it’ll simply be amazing sounds that make up the drops and crashes on Z.

MRJAH are two of Germany’s trap pioneers, who won high praise for their latest releases: a ridiculously rattling instrumental for Marvin Game’s Kiffer (the current stoner’s hymn in Germany), a celebrated remix of 4000 Gang’s Vrai, and Resurrection2, on which they went quite electronic. Listen for yourself.

MRJAH have become known for their live capabilities, having played many festivals, supporting the A$AP Mob and playing alongside fellow masters of their craft such as DJ Shiftee, Yung Lean, Tropkillaz or Yellow Claw, just to name a few. 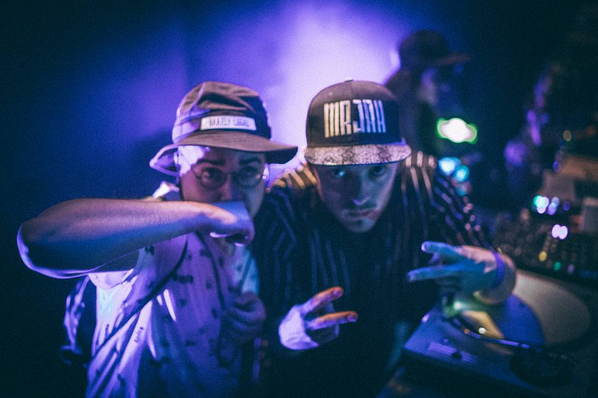 Make sure you follow them on their different channels below to stay up to date on their touring schedule.