Dillon Francis released a new EP called This Mixtape Is Fire.. After listening to it we’ve accepted its name as true, which is why we are now sharing it with you.

On This Mixtape Is Fire., Dillon Francis welcomes Skrillex, Calvin Harris, Chromeo, Bro Safari, and James Hersey as guests. If you buy the EP here, it’ll come with an additional track compared to what is available on Soundcloud: a Party Favor remix of I Can’t Take It. The original of that song can be found on Dillon Francis‘ album, Money Sucks, Friends Rule, which was released last year. You can listen to it below.

But first, let’s see what a few iTunes customers had to say after purchasing This Mixtape Is Fire.. Some of the comments were quite hilarious and we did not wan’t to deny you the joy of reading them.

“I had to stop my car on the side of the road because my iPhone and car stereo simultaneously burst into flame from the pure fire!! Would not recommend unless you plan on spending the money to replace phone and car sound system!” – mwarrenfells

“Warning! Do Not Buy! Your house will literally burn down! This mixtape is literal fire!” – Stickeeee

“As soon as I began downloading my iPhone burst into flame thus igniting my charger and blew up my wall. Do not recommend. Buy a lighter instead.” – LEGITx15 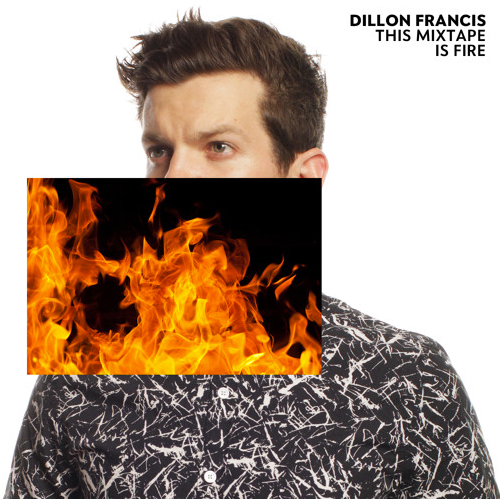 Your purchasing This Mixtape Is Fire. at your own risk

We guess you’re making this purchase at your own risk. Our offices still stand, but we admit that our laptops got pretty hot after hitting play.

Dillon Francis also released a video for Bruk, Bruk (I Need Your Lovin), the first track of This Mixtape Is Fire.. As you’ll see the producer spared no expenses. It contains shots of New York, Paris, Rome and even the Chinese Wall. And if you pay close attention, you’ll even spot a nice piece of pizza with a delicious Crispy Crust.

And before we forget: here’s that album we mentioned earlier: Money Sucks, Friends Rule. Enjoy below and buy here.

The man is on tour, too. Unfortunately, he won’t make it to Germany. The closest he gets is on August 20th, when he plays at the Frequency Festival in Austria. Check out all dates below.