Get acquainted: Wax Wreckaz interview with The Gap

Only a couple of days ago we celebrated the release of the new Wax Wreckaz banger Heavyweight Sound. The four bass lovers from Austria talked to the homies from The Gap about the song, their origins, Crispy Crust Records and much more. Actually, only DJ Busy Fingaz did the talking, but let’s not dwell on trivia here. We’ve selected some highlights from the interview for you after the jump.

Busy reveals, that he, Juwee and Fu were only DJing in the Wax Wreckaz’ early years, while Sensay was doing all the singing, rapping and producing. The four bass lovers have been around since 1999, so it’s no wonder that a lot has changed since then. Today all songs are created collectively. “Layouts are sent back and forth and we meet in Vienna or Innsbruck for the final touch”, says Busy.

As milestones in the band’s career he names holiday work at Svarowski to save up money for their first set of turntables, the release of High Grade on Diplo’s Jeffree imprint and the current release of Heavyweight Sound feat. the one and only Dynamite MC.

Busy recalls how the iconic UK MC returned the finished song only 48 hours after he had received the instrumental. “I wish we’d always be dealing with these kind of work ethics”, he jokes.

Never considering themselves to be a mere Hip Hop crew, Wax Wreckaz have always been known for fusing all the different genres they love. In the beginning of their career that meant carrying around more vinyl cases than the average DJ. “You’d have one case with nothing but acappellas and another one with just the hottest s**t out the electronic scene”, Busy recalls.

And even if bringing your library to a gig has turned into a much more effortless affair, Wax Wreckaz still stand for proper DJ culture, in keeping with Z-Trip’s motto: “DJs should bring back the danger!” You won’t see the crew turning up at an event with a USB stick and merely hit play. 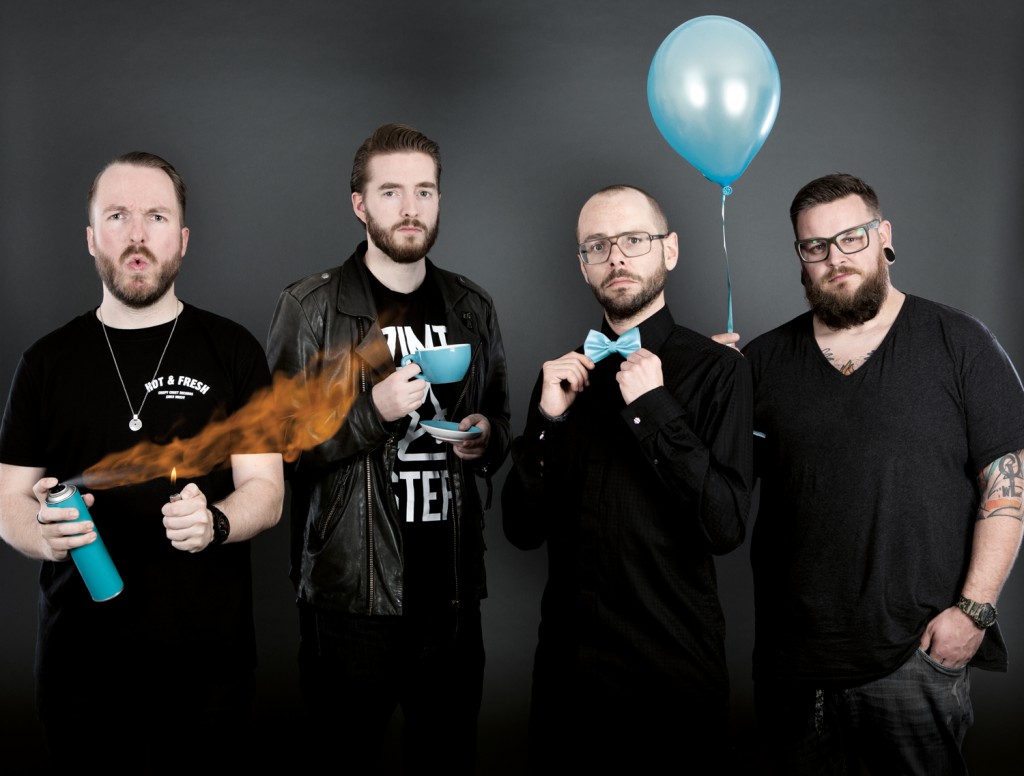 An entire Wax Wreckaz album seems to out of the question, since three of the four band members have regular day jobs they need to attend to. So they’ll just continue releasing on a single basis. You can be sure that this is the place you will be informed about their upcoming work. so stay tuned.

By the way: did you know that Redman himself has recorded a weed anthem over a flip of that High Grade beat? No one knows when the man is going to release it, though. Check out Red’s teaser video for his upcoming Muddy Waters 2 project. You’ll hear his take on the Wax Wreckaz joint at 2:20.

Here’s the link to the entire Wax Wreckaz interview with The Gap.