Srsly just dropped his debut EP, called Prelude, on Rooftops Horizon. After listening to it, you’ll know why it is wise to keep this young lad from beautiful Austria on your radars.

Seriously (sorry), the four tracks on Prelude have us completely captivated from start to finish, no matter how many listens we give them. The young producer just has a way of combining sweet melodies with “abstract beats”, as srsly puts it.

As a matter of fact: why don’t we just let him answer a couple of questions about his music himself? The producer was kind enough to take the time for us, so here we go:

When did you start producing?

I started in 2009 when i really was on the Hardstyle train. Loved those euphoric vibes so much that i started making my own sounds. After that I nearly touched every electronic sub genre.

How would you descibe your sound?

My sound is a mixture of abstract beats and euphoric melodies which lead you into different moods while listening.

What equipment do you use to produce?

I’m using a Midi-Keyboard, two KRK’s Rokit 6, Sylenth 1 and some plugins from the Komplete Bundle. In addition to that i sometimes use my Waldorf Blofeld Analogue Synthesizer. Next on my list is the new Minilogue from Korg. Oh and of course I’m using a Macbook Pro since I switched two years ago from my Mac Pro because I wanted to produce on the go.

Who is your favorite producer of all time?

That’s really hard to say… there are actually three producers i really look up to. Salute, Gravez and Oshi with his perfect mixture of melodies and bangers. 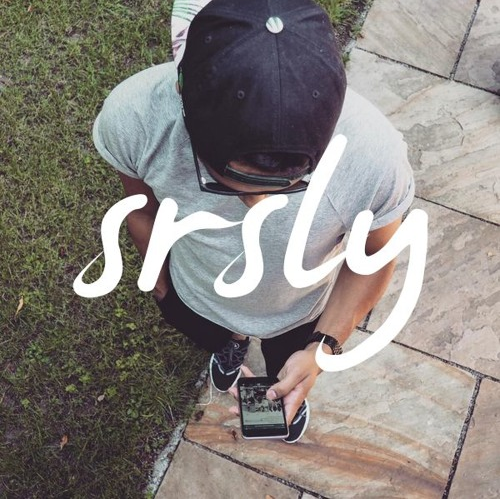 srsly agreed to answer a couple of questions. We appreciate it.

How would you describe the music scene in Austria? What makes it special?

Austria has a pretty cool music scene lately. There are a lot of artist who are breaking through and getting big right now.

The Drum & Bass scene has always been amazing here in Austria but also the Techno/House scene. In my opinion the Future scene is gaining a lot more attention since a year or two. Not only here but also worldwide.

What is your favorite pizza?

I’d kill for a pizza salami with corn lol.

What’s next on your agenda?

I really want to step up my sound in the next few months. There’s not much time lately for producing because of work BUT soon there will be. There are also some gigs coming up.

Thank you for your time.

If you want to support this great talent, purchase Prelude here now. Also check out our Interview with srsly‘s fabolous label Rooftops Horizon.